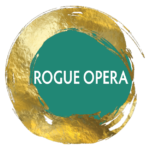 At the age of eight, Bronwen declared her wish to be an opera singer. After a varied career, combining corporate marketing with busking, choral singing, opera performance and singing studies, she is now pursuing her dream full-time. After achieving a Diploma in Opera & Performance from Associated Studios in London and working in the UK and Europe, Bronwen founded Rogue Opera in 2018 with a vision of bringing opera to new audiences and unconventional spaces. As well as singing the title role in Rogue Opera’s inaugural season of Bizet’s Carmen, Bronwen directed the production and saw it performed in a variety of venues.

Working with a dedicated troupe of musicians and seeing her concepts come to life on the stage have been a high point in her musical career, which continued with the company’s second season, presenting a vibrant, contemporary reimagining of Mozart’s Don Giovanni in 2019, which Bronwen directed. In the second revival tour she also performed the role of Donna Elvira. The challenges presented by Covid-19 in 2020 have taken Bronwen and Rogue Opera into new ventures, broadcasting over 45 livestream performances and building an archive over 100 video performances of arias and ensembles, providing creative work for Rogue Opera artists and introducing new audiences to opera. Delighted to be back to in-person events, Bronwen has created, written the English libretto and directed this new production 'A Modern Opera Love Story' for Fuller’s Opera in the Garden.

British pianist Guy enjoys a modest reputation as one of a leading generation of pianists pliable to many musical roles.

Having worked with diverse musicians, including Leslie Howard, Elly Ameling and Andrew Lloyd Webber, along with contemporary composers including Rolf Hind, Edward Rushton and Nikolai Kapustin, Guy is no stranger to most corners of the repertoire. He had a scholarship at Birmingham Conservatoire in 2012 and recently completed postgraduate studies at the Royal Academy of Music in  London. Guy is also the founder and director of the London Art Song Collective which aims to further the performance of 20th century art song, an undervalued and untapped repertoire. The collective features over 50 singers, hand-chosen for various projects spanning over 450 composers and 25 languages.

Having assisted with Carmen in 2018, Guy took on full musical direction for Rogue Opera in 2019 and was integral to the company’s 2020/21 pandemic online program. Guy has the superhuman ability to fill in for a whole orchestra in Rogue Opera’s compact productions and is the essential fifth character in Fuller’s Opera in the Garden.

Acclaimed for her “impressive and engaging stage presence”, and a voice described as “brilliant” and a “glorious sound”, British-American soprano Alexandra never intended to be an opera singer. Surrounded by classical music, a range of musical instruments and very supportive and forbearing parents, Alexandra began her musical training at the age of seven as a flautist, studying in the US, UK and Canada. Her opera career began with Opera San Jose singing chorus in main house production and performing a number of roles in the OSJ Outreach program, taking Hansel and Gretel to schools all around the San Francisco Bay area. After graduating from the Royal Welsh College of Music and Drama with an MA in Opera Performance she has sung a variety of solo roles around the UK. Alexandra’s Rogue Opera debut was as Micaëla and Frasquita in Carmen and she also starred as Donna Anna in the majority of the company’s 2019/2020 production of Don Giovanni. When not singing, she works on her dance technique, sings to her favourite riding school horses and explores the countryside around Cardiff. Alexandra performs the role of Mimi in Fuller’s Opera in the Garden.

Jasmine, a fluent French speaker hailing from the small island of Mauritius, was originally a freelance painter studying at St. Martin's College of Art before returning to her first passion – music. Following her Masters in Music Performance at Trinity Laben Conservatoire, she has been performing opera in the UK and Europe for the last 11 years, including at the Barbican, Elizabeth Hall and Buxton Opera House. Role include Hansel in Hansel and Gretel, Zia Principessa in Suor Angelica and Third Lady in The Magic Flute. Jasmine made her Rogue Opera debut as Mercedes in the 2018 production of Carmen and also performed the title role in the company’s revival tour in 2019.

Her stage presence and acting skills effortlessly compliment her rich mezzo-soprano voice, with a versatility that make her suited to a wide range of roles and characters. For Fuller’s Opera in the Garden Jasmine is Carmen – The Popular One.

A recent graduate of the University of Oxford, Max is an experienced choral and ensemble singer, with an increasingly wide experience and growing reputation for operatic and soloist work and is in his final year of the Postgraduate Opera Course at the Royal Academy of Music. Max portrayed a thrilling Jose in Rogue Opera’s production of Bizet’s Carmen, switching convincingly from innocent and honourable to desperate and violent note to note. Most recently, Maximilian reprised the role of Sempronio in Lo Speziale for New Chamber Opera, at the British Ambassador’s residence at the Hôtel de Charost in Paris. Other highlights included a tour with Eton College Choir to Hong Kong, where he performed the tenor solos in Bernstein’s Chichester Psalms under the baton of Leonard Slatkin and the Hong Kong Philharmonic, also broadcast live on radio. In his spare time, Max likes to engage with lots of other aspects of music, including as a jazz double bassist playing in local bars and pubs; a jazz pianist, featuring on Evening Light; as a composer; and as a tutor. He is currently studying for a postgraduate degree (MA in Vocal Performance) at the Royal Academy of Music. Max takes on the role of Rodolfo for Fuller’s Opera in the Garden.

British baritone Sam Young trained at the Guildhall School of Music and Drama, having previously studied at Bath Spa University. His awards include the Chartered Surveyor’s Vocal Prize at GSMD and the Bath Spa University Music Performance Award. He was a finalist in the Dean and Chadlington Singing Competition in 2015. This year, Sam will be making his debut with Glyndebourne Festival Opera as part of the chorus in their upcoming semi-staged concert production of Wagner’s Tristan und Isolde.

As well as numerous opera roles, including Papageno in The Magic Flute and Guglielmo in Così fan tutte, Sam has appeared in concerts across the UK, Europe and China. In 2019 he performed as a soloist for Downton Abbey Live with the Chamber Orchestra of London at Highclere Castle, and again with the City Lights Symphony Orchestra at KKL Luzern, Switzerland. Sam’s Rogue Opera debut was as Leporello in Don Giovanni and for Fuller’s Opera in the Garden, he portrays ‘Escamillo – The Alpha Male’.

Thank you for coming with us on this Rogue Opera journey through some of opera's best arias, duets and ensembles. If you haven't had a chance to see the fantastic stories these pieces are borrowed from, we hope your interest is piqued to explore further!